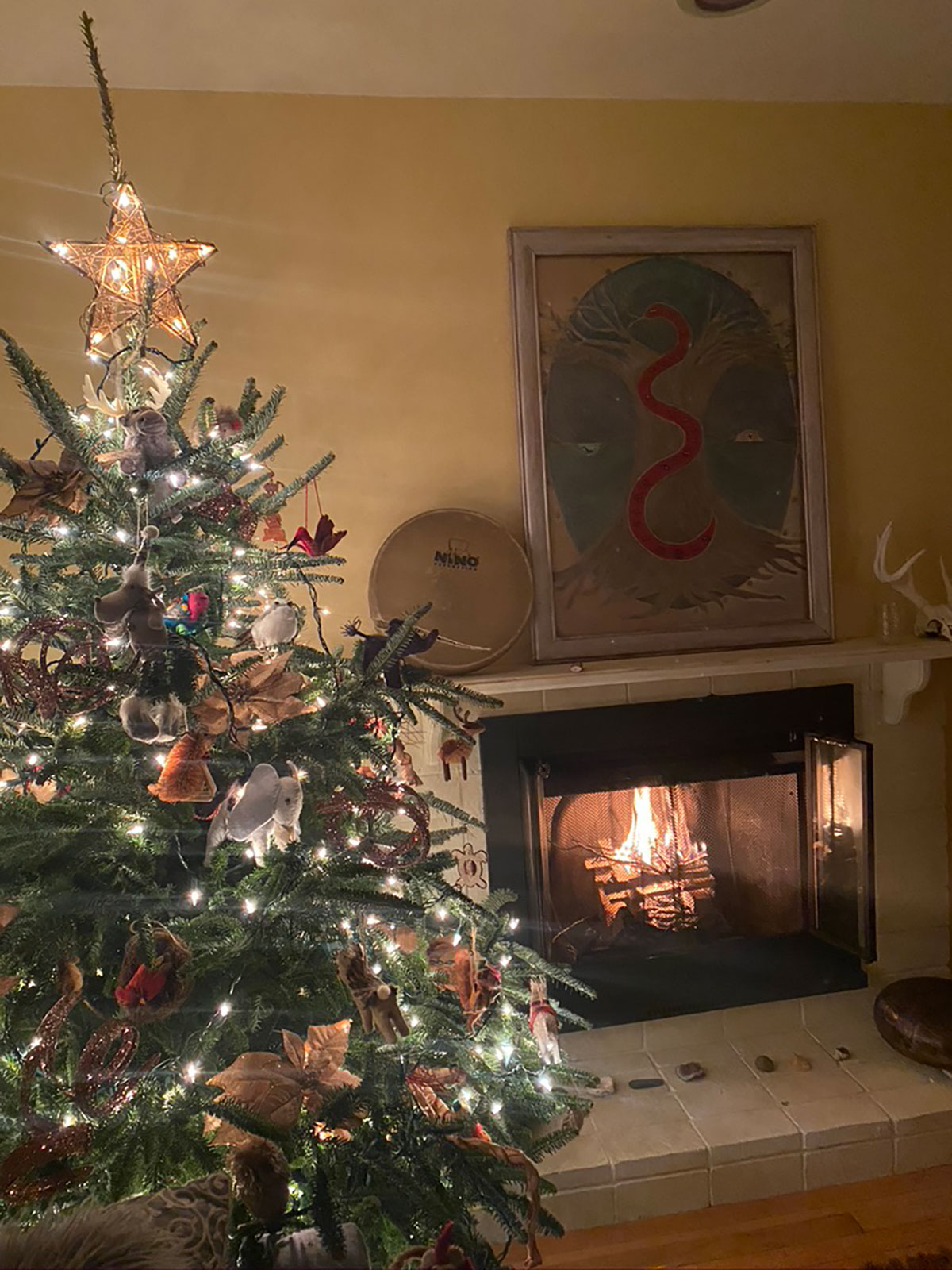 Christmas Eve is one of the most important days to celebrate in Poland. It is so much fun to prepare for the holidays—beautiful family time and memories.

We Poles are taking a week to get ready for Christmas. Shopping, cooking, and enjoying all that time together.

On Christmas Eve, we are finishing up the last minute shopping and cooking. In the morning, we decorate a fresh Christmas tree. A lot of our decorations are rooted in folklore and hand made that have a symbolical meaning.

We sit down at the table when the first star appears in the sky. The star symbolizes the Star of Bethlehem that led the kings to Jesus.

Before we sit at the table, we share the wafer – a symbol of consent and forgiveness for any injuries – begins with the oldest person in the family. After breaking with it, we share with the rest of the people gathered at the table.

We sit at the table in order of seniority – an old custom to respect the elderly and that we say goodbye to this world in that order.
We always add a chair and a plate, which will remain empty to respect our ancestors as well in case if the “hungry wanderer” shows up at the door.

What’s on the table?
We put a handful of hay under the tablecloth and sprinkle the table lightly with oats – these are symbols of the poverty in which Jesus was born. We put a coin or a carp shell under each plate, ensuring happiness and financial prosperity in the coming year.
There is also a basket with a wafer in the middle of the table. Next to it, a bit of salt and garlic symbolize the fight against evil powers, and candles, a symbol of bright light, means love and light.

We decorate the table basically as we see fit: red and gold napkins, Christmas decorations, Christmas tree twigs – every family has its own traditions. However, it must be remembered that the table’s main element is food, so let’s not overdo it! 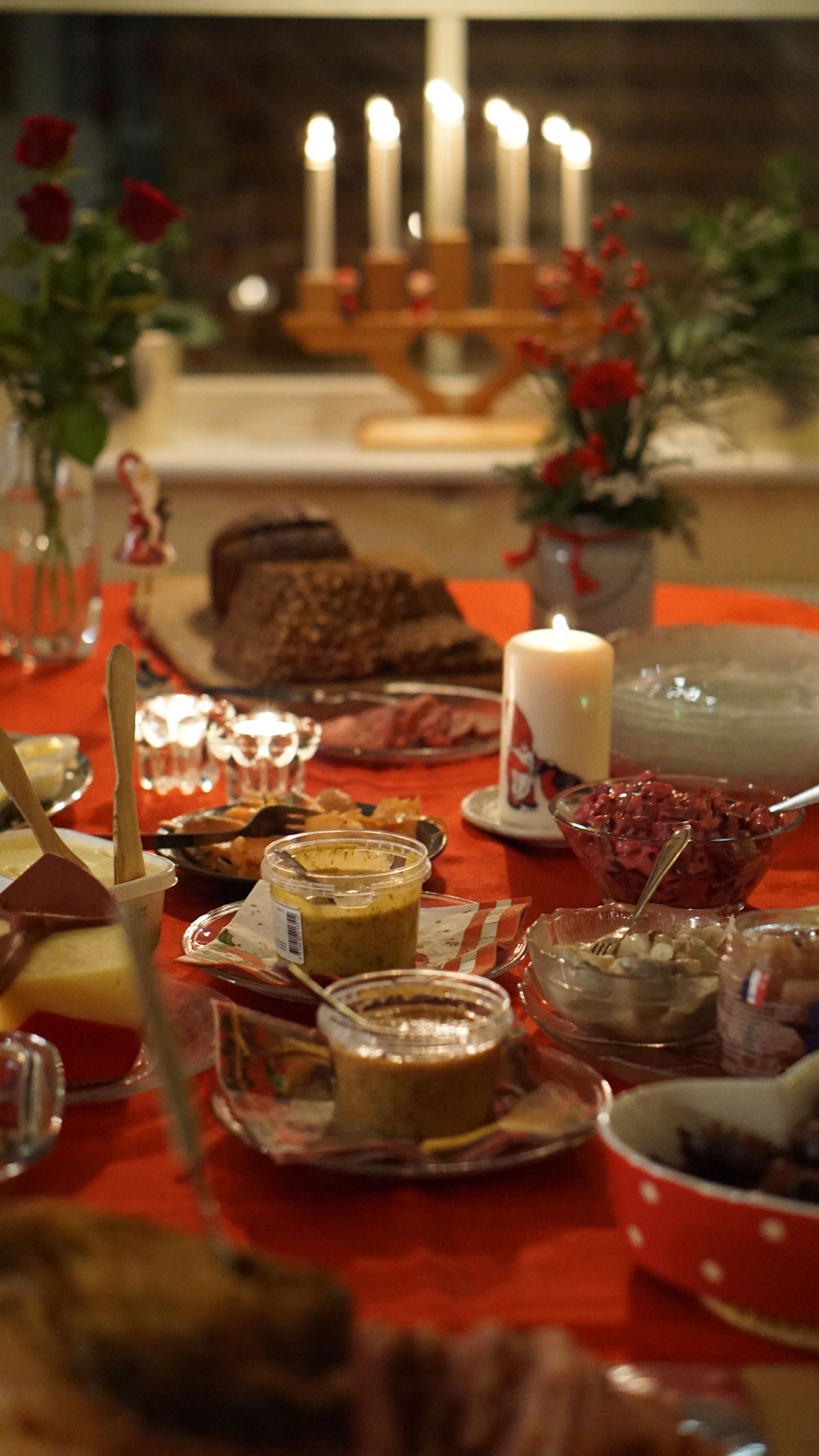 On Christmas Eve, the principle is that we should smile, avoid disputes and quarrels, maintain order in the house, treat our loved ones with kindness and respect.

The genesis of the tradition of 12 dishes for Christmas Eve is not fully known. For many people, the first association with twelve dishes is the number of the apostles, of whom there were also twelve.

In the past, seven dishes were prepared for Christmas Eve dinner, which symbolized the number of days a week. The Seven also represents perfection and wholeness. This unwritten tradition was cultivated primarily in poor families who simply could not afford to prepare more dishes for Christmas Eve. After some time, nine Christmas Eve dishes began to be placed on the table, i.e. as many as there are angel choirs.

Later, the number of dishes changed once again and started to reach twelve. It has remained so until today. This number meant wealth for our ancestors because not everyone could afford such a number of dishes. Some also believed that 12 dishes should be prepared for Christmas Eve, because there are so many months of the year. 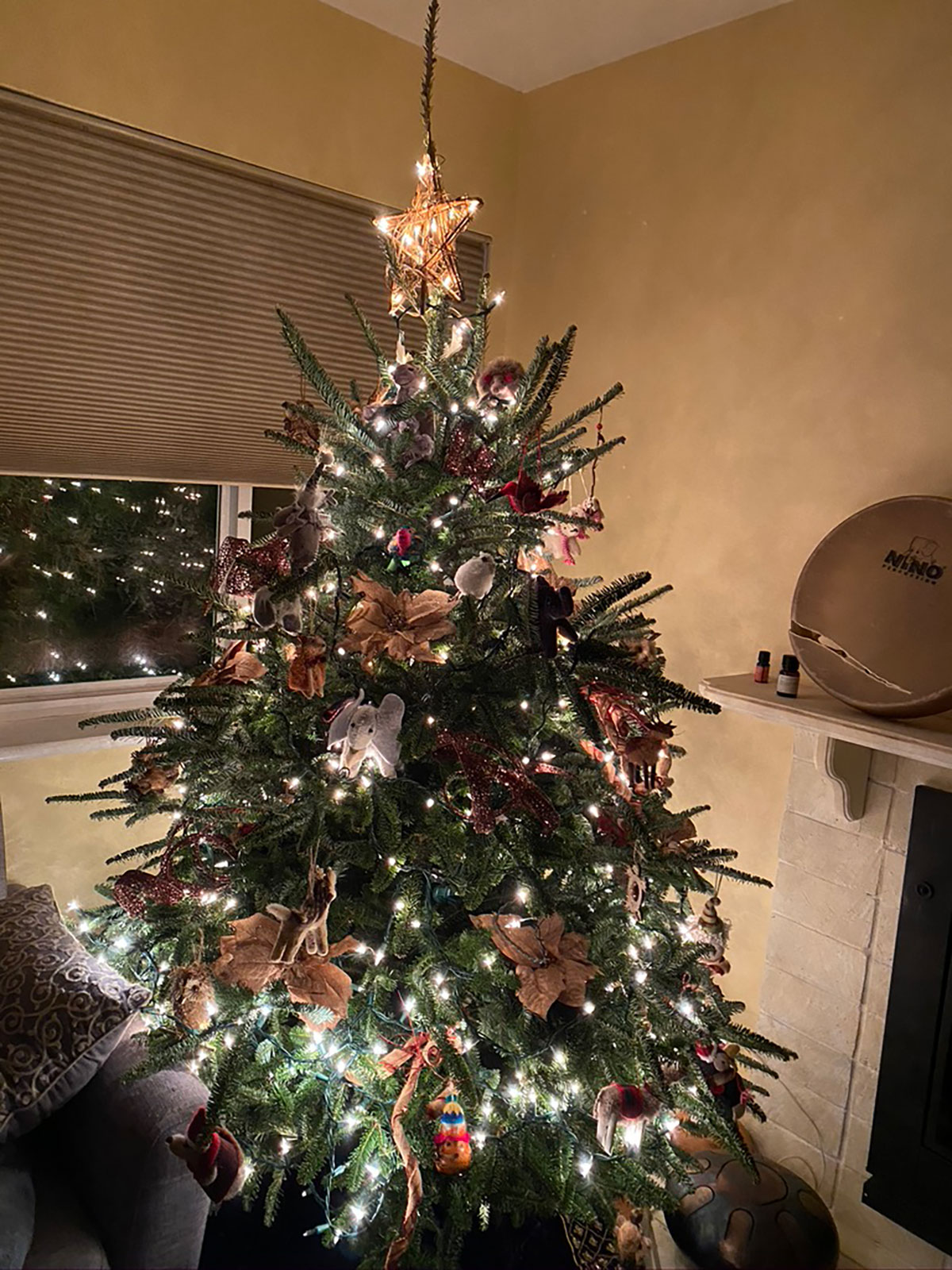 It is also worth adding that there is a superstition that you should try each of the 12 Christmas Eve dishes on the table. Otherwise, the coming New Year may bring us bad luck.

According to an unwritten tradition, each of the twelve dishes should be on the Christmas Eve table has its own meaning.
Below you can find the meaning of the selected dishes:

Mushroom soup is served in some regions of Poland. In the past, mushrooms were associated with strength and health, and in the folk tradition, it was believed that they had magical powers. In addition to mushroom soup, mushrooms also appear in Christmas Eve cabbage, bigos, croquettes, and dumplings.

Traditionally, Christmas Eve is a fasting supper, so instead of meat, fish is served, which symbolizes Jesus and rebirth. It is often yucky fried carp! In addition to it, on the Christmas Eve table, there are various types of fish salads, Greek-style fish or herring in cream or oil, which symbolize fasting and waiting.

According to folk beliefs, poppy seeds brought wealth, which is why such important dishes on the Christmas Eve table are kutia, noodles with poppy seeds, or poppy seed cake.

Gingerbread symbolized prosperity and was associated with a higher social status.
In turn, bread is a symbol of new life and prosperity. Its consumption during the Christmas Eve dinner is to ensure prosperity in the coming year.

Then after the big feast, we give gifts to each other. For children, this is the most exciting part of Christmas. But not only for them! We all like to receive gifts- right? 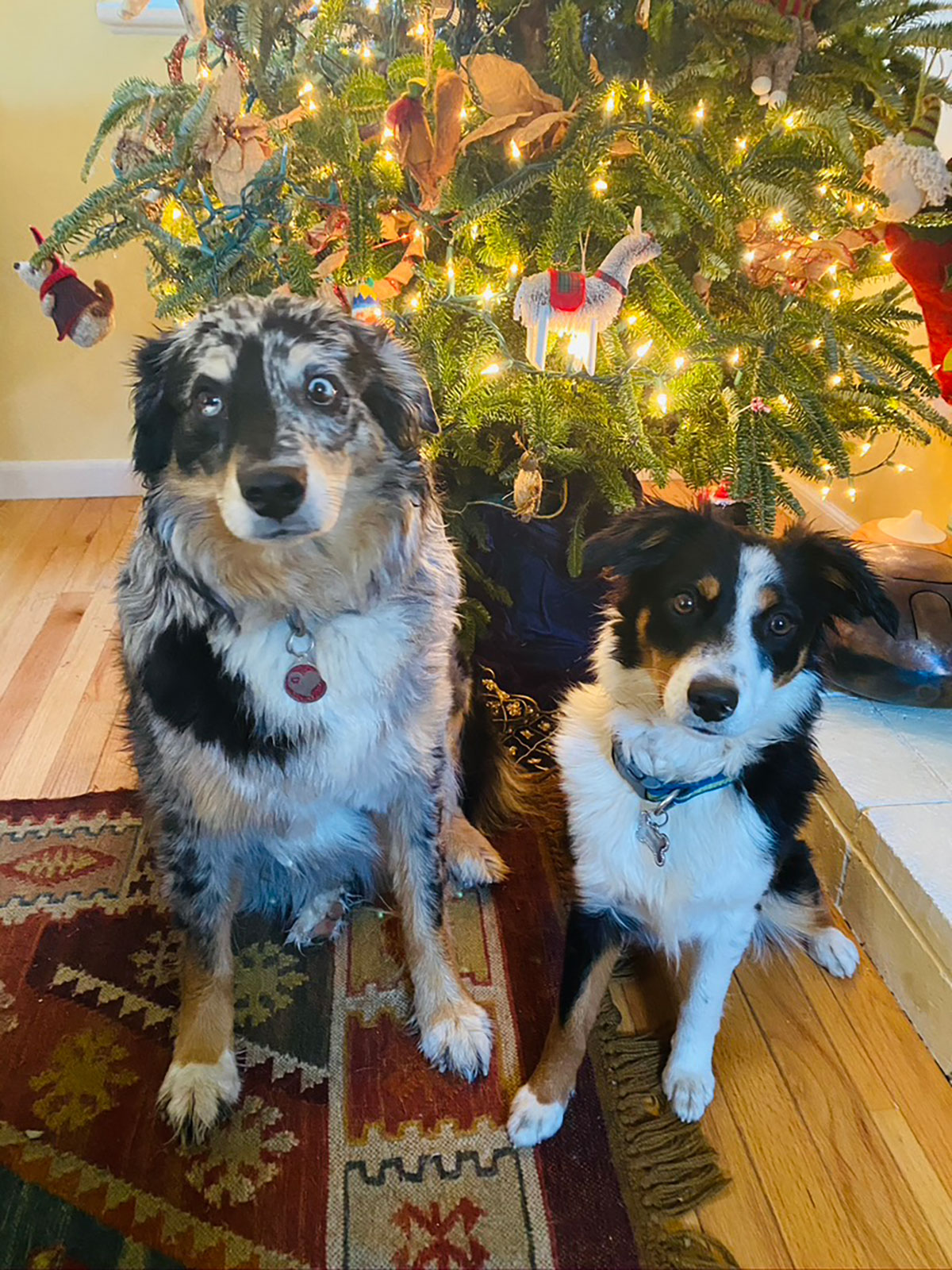 After that, the families are hanging out by the fire and with for
Midnight Mass. Midnight Mass is a representation of celebrating the expectation and prayer of shepherds on their way to Bethlehem. This is one of the most important Polish traditions- not my favorite one! I never liked to wait, so I usually went to sleep!

If you think that the celebration and the food itself ends after Christmas Eve you are mistaken. It’s just the beginning. Lol! The 25th of December is the day of Christ’s birth. Polish families go to church in the morning again! They sing carols, enjoy themselves, and wine and dine with the family the whole day.
The last day of Christmas is the 26th of December in Poland (yes, we have three days of Christmas), we call it just ‘the second day of holidays’. All the people who are still alive after consuming such an amount of food (hehe) go for a long walk with the family to get some fresh air and enjoy their company.

For many families, Christmas is about spending time together.
Merry Christmas! (Wesołych Świąt!)

Subscribe to our newsletter delivered straight to your inbox! And be sure to stay in touch on Facebook and for all of the latest updates.

A Taste of life

Your space to escape the day-to-day, explore your taste buds, embrace your health and delight in adventure.

I’m Angie, my mission is to empower you to live your fullest, healthiest, inspired life with ease and joy.