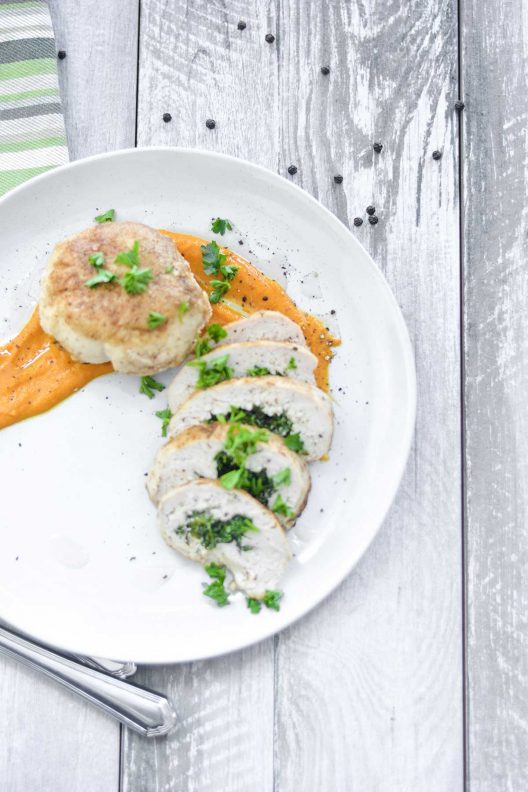 It’s possible, with a perfectly coated Paleo-friendly outside and an abundance of fresh seasonings hidden on the inside!

In Poland, we believe the more butter, the merrier. So growing up there as a child meant Chicken Kiev was a frequent, and highly popular dinner guest with its rich buttery taste. But the Chicken Kiev I grew up with is not the one you find in the grocery stores. Hailing originally from Russia, Chicken Kiev is chicken covered with cold herb-infused butter (usually parsley, but you can use dill), then rolled, breaded, and baked. Sometimes it can be roasted or deep-fried. Some people like to make a white sauce to accompany it. The dish was extremely popular in the 1970s and then fell out of popular favor in the late 80s as cuisine and tastes changed. It has staged a comeback however because no matter how you cook or dress it, Chicken Kiev is a simple and elegant meal for yourself or guests. 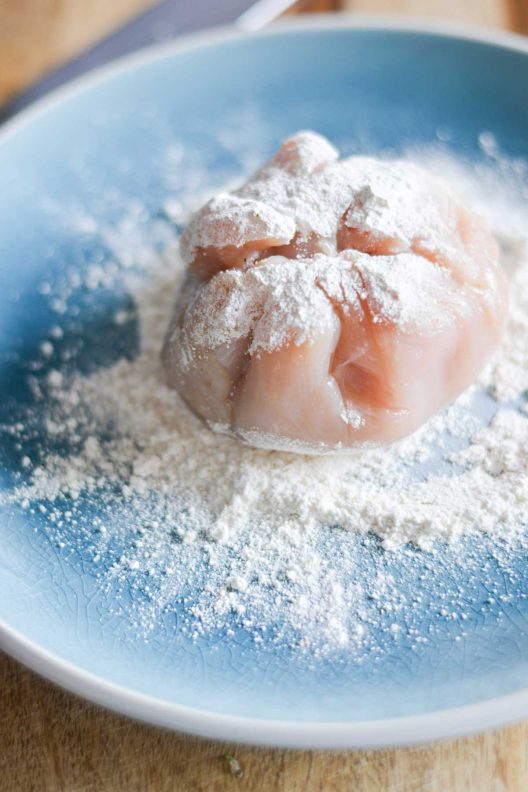 It’s also shrouded in mystery and controversy, from what the filling should be to how to what kind of chicken meat to use. Historically, Chicken Kiev was known as “chop devolaj” or chicken cutlet stuffed with butter and herbs in Eastern Europe. However, it has also been known as “chop de volaille”, ‘volaille’ meaning poultry in French. If you were to order a “côtelette de volaille” in a French bistro, you would receive minced poultry meat (volaille can be a chicken, duck or any fowl) shaped into a cutlet with a filling on the inside. In Russian “de-voliay cutlet” means something similar – a cutlet of stuffed poultry meat. So it’s possible that “chop de volaille” was invented by a French chef at a Russian court.

But what’s inside the chicken? Originally in Eastern Europe, the cutlet was stuffed with butter. In the West, people have used garlic butter. Adding herbs such as parsley and dill is optional and seems to depend on where you live. In some American recipes, butter is replaced by blue cheese (!), and in others, you can find bacon, or ham and cheese combinations. At this point, I would argue that we are no longer in Chicken Kiev territory. Indeed, if you are wondering where the “Kiev” part comes from, Kiev is, of course, the capital of Ukraine, and it is believed that the dish became Chicken Kiev for restaurant marketing reasons in the US. Apparently, there were concerns on both sides of the Atlantic that keeping the dish’s French name would lessen its appeal to Eastern European diners. Who would have guessed the always welcomed dish at my Polish dinner table would face such a journey through time to yours?

One thing that seems to be relatively clear, however, is the coating – egg and breadcrumbs only to keep it nice and crispy. So how can we hold onto the crispy coating without the grain and gluten of breadcrumbs?

Enter……CASSAVA FLOUR. Grain, gluten, and nut-free, this flour comes from the root of the Cassava plant, native to South America and some parts of Asia and Africa, and resembles the taro, yam, and potato. It’s high in carbohydrates, and of all the non-gluten flours available, is the most like wheat flour in how it behaves. It’s soft powdery and does not have a distinctive taste. As a result, it’s a great substitute if you have dietary restrictions. 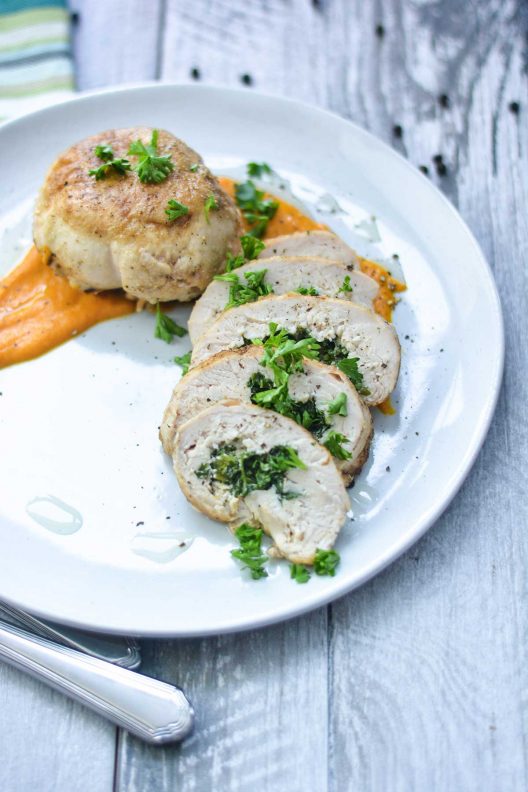 A couple of hints for making my Chicken Kiev….

Did you make this recipe? 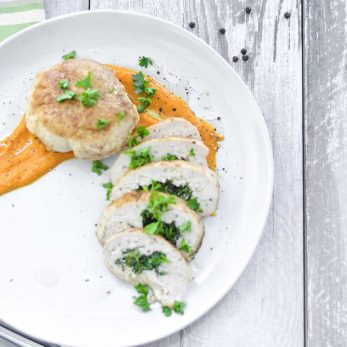 A Taste of life

Your space to escape the day-to-day, explore your taste buds, embrace your health and delight in adventure.

I’m Angie, my mission is to empower you to live your fullest, healthiest, inspired life with ease and joy.